MMSU is located in Ilocos Norte, a province in the northwestern part of Luzon Island, Philippines. Its main campus of about 300 hectares is in Batac, 472 km away from Manila. Batac is an agricultural and peaceful town, which affords and excellent environment for educational and rural development. The location allows convenient commuting from the boundaries of Batac and the towns of Paoay, Currimao, San Nicolas and Laoag City. Passenger jeepneys, mini buses and buses pass by the campus. In addition, the province has an international airport in Gabu, Laoag City and seaport at Gaang, Currimao. 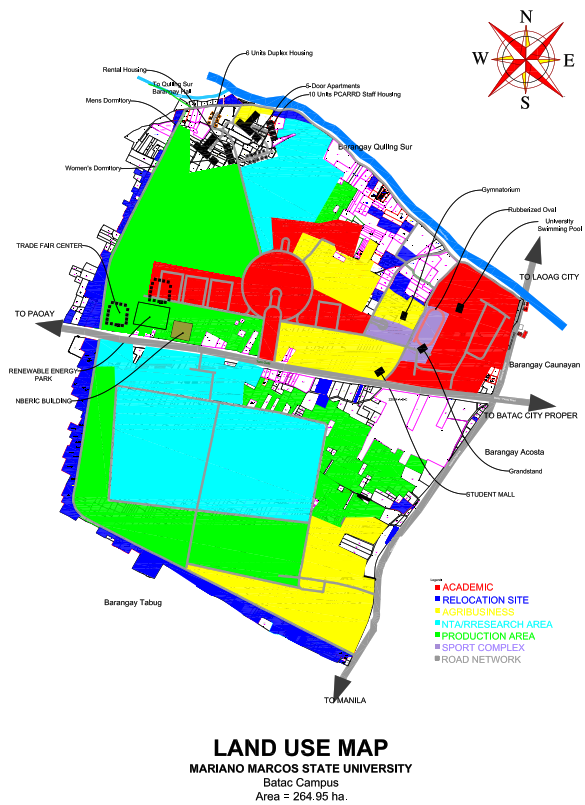 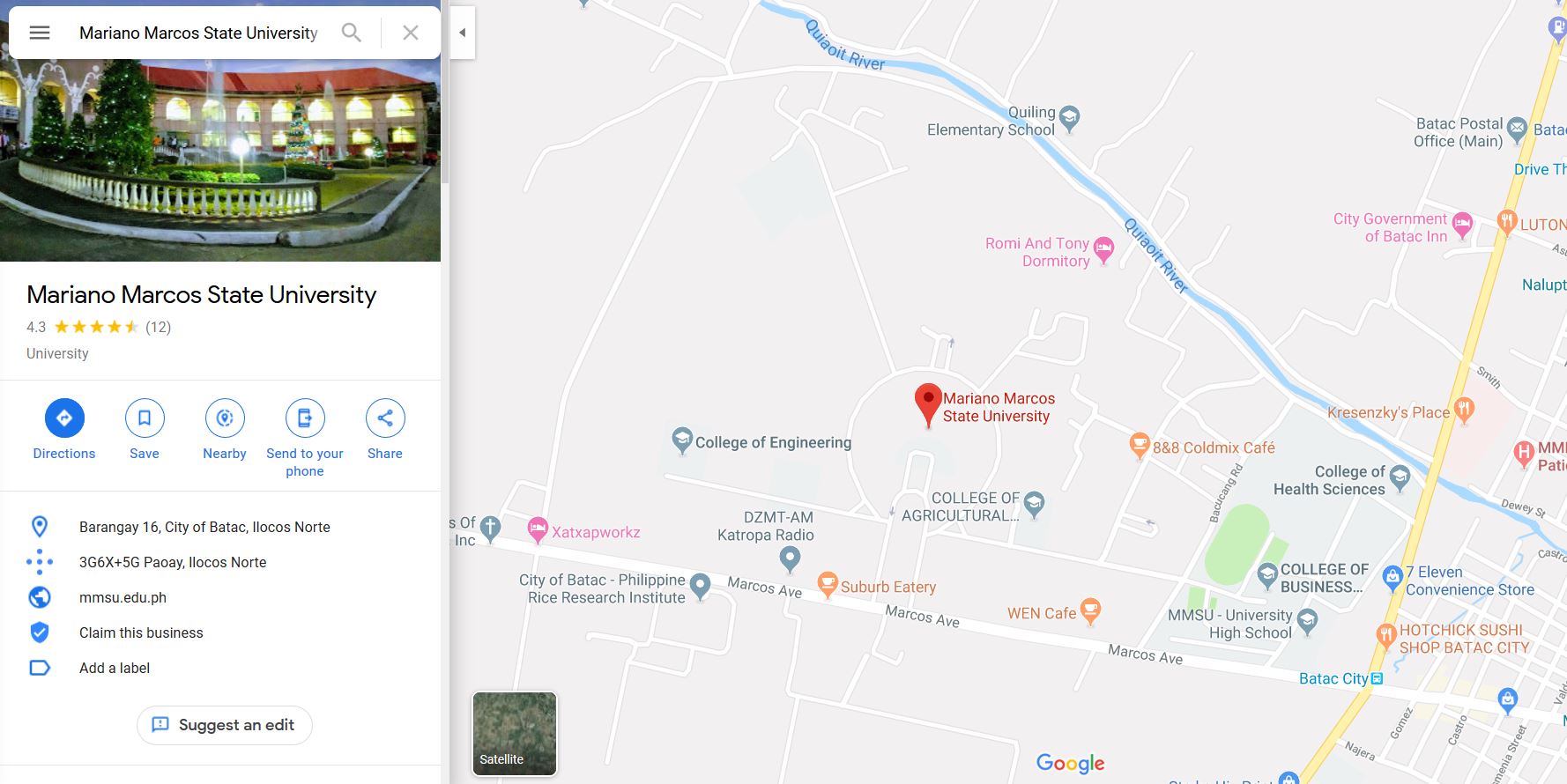 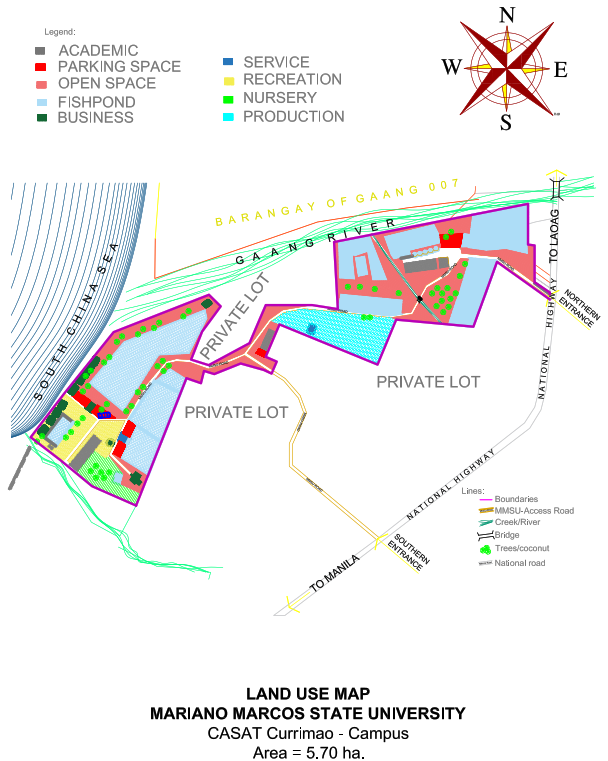 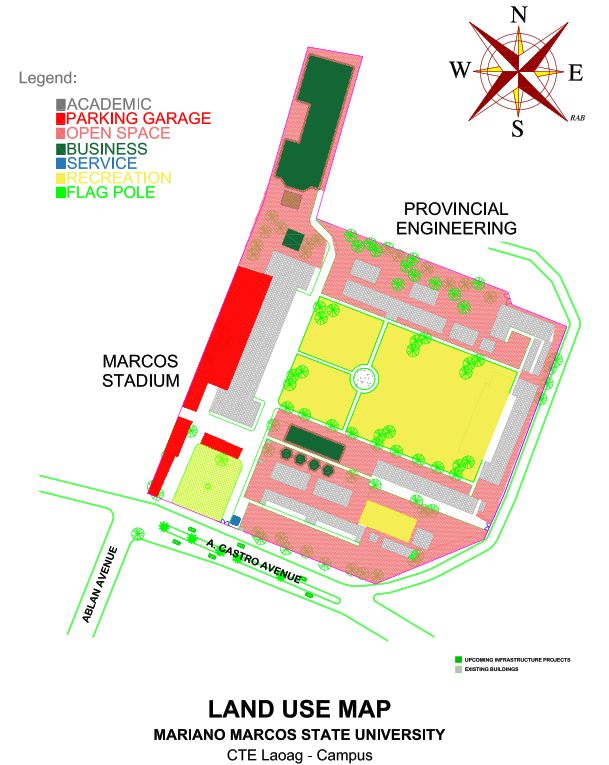 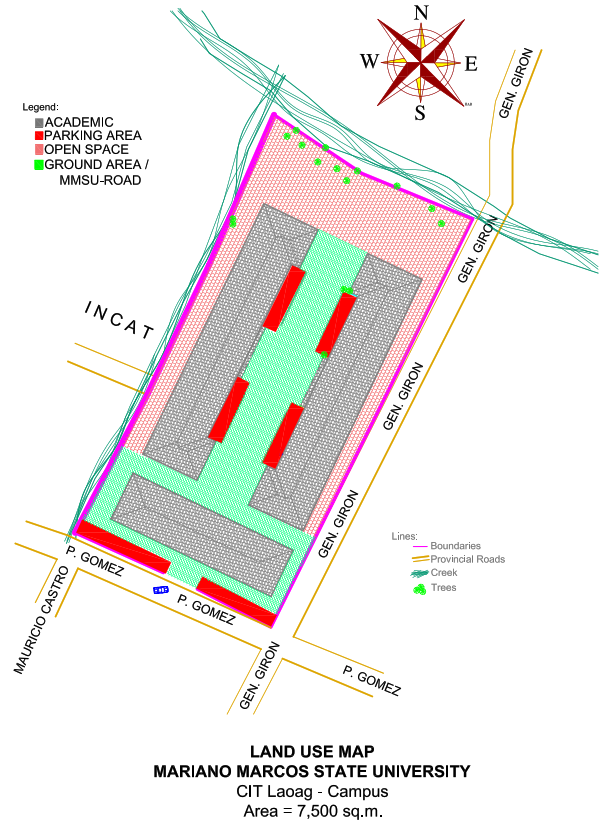 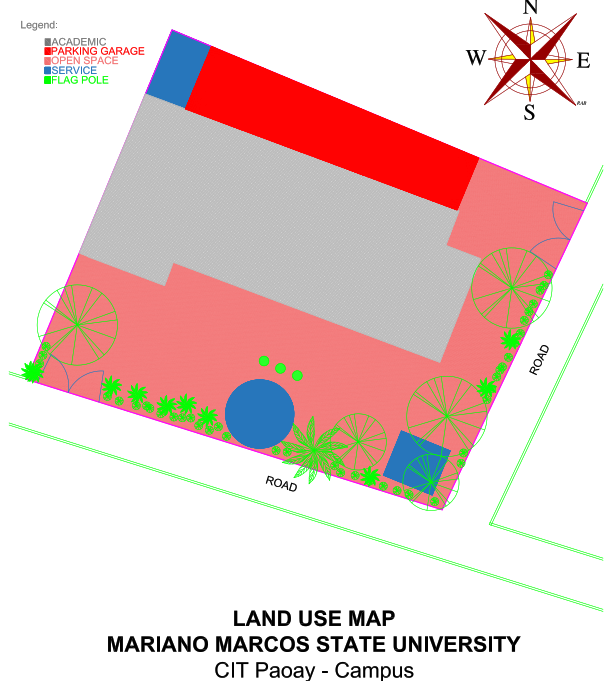 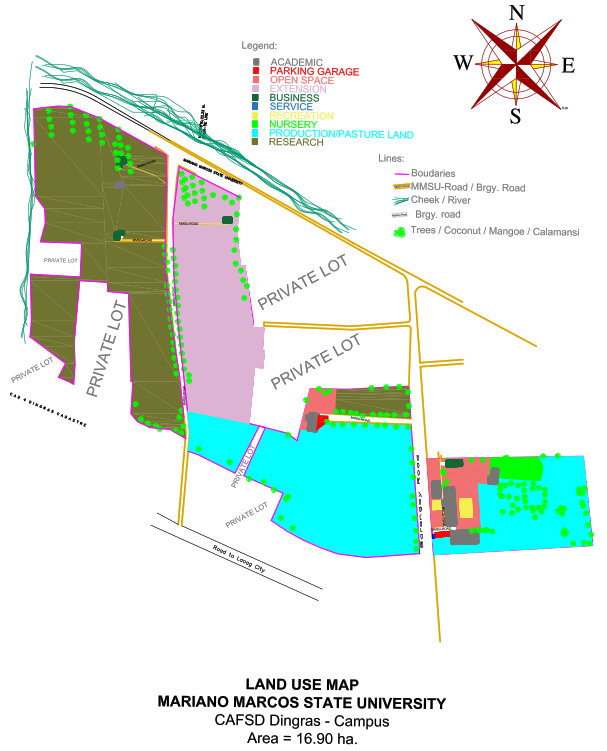 By Air - the airport is located at Bgry. Gabu, Laoag City with a concrete runway of 2,000 meters by 45 meters
By Sea - The seaport is situated at Gaang Currimao with existing infrastructure facilities such as concrete pier, guard house, rock coastway access road and open storage area.
By Land - Interprovincial bus terminals are mostly located in the provincial capital managed by the private sector

100% energized; has sufficient infrastructure utilities to supply the power demand of the province; 220 volts

There is already direct communication network in all the 21 municipalities and Laoag City and City of Batac provided by the various communication companies operating in the province.